The Commemoration and Book presentation September 2010 in The Hague

After writing the original version of the book  (in Dutch) I thought it an appropriate idea to have the book presentation -mainly for family and some friends- taken place in the Meeting room of the Hague Municipal Cemetery.  Since this apparently was considered a rather outlandish idea the cemetery manager advised me to try and obtain written permission from the Mayor of The Hague.

After several attempts I received a phone call from a member of the Mayor’s staff, telling me ‘the Mayor is very interested in your book. If you agree he will be making a speech at your presentation’. !

I was happily surprised of course and then decided to rearrange my plans, inviting the British and the German ambassadors.  They accepted to send their deputy Heads of Mission,  Mr Bob Fairweather and Mr Konrad Arz von Straußenburg respectively, and thereupon the mayor’s staff –in the person of Mr Thijs van Leeuwen- kindly proffered to take over the organization of the entire event.

Also attending were two of the four mayors of other cities where in 1914 crewmembers had been buried: those of Flushing and Noordwijk. The Minister of Defence sent Marine Corps major Van Reenen to lead the memorial ceremony celebration, which included an appearance of a delegation of the Dutch Royal Marines Band.

The result was a remarkable event at Kloosterlaan Cemetery. What was originally meant as a small book presentation in a private circle turned into a real event and also, I daresay, for the first time in nearly a century into a real commemoration for the British seamen who are buried at this cemetery.

The photos -by Marius van Leeuwen- are self-explanatory 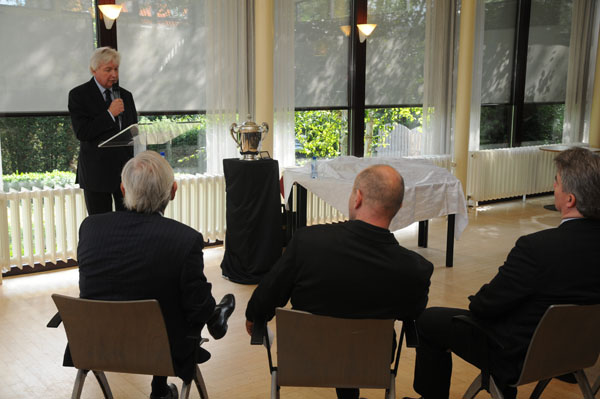 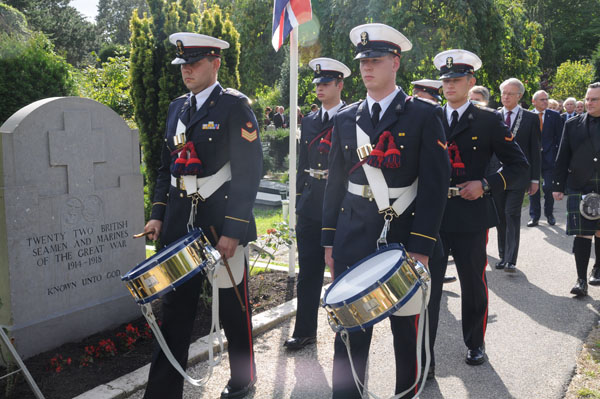 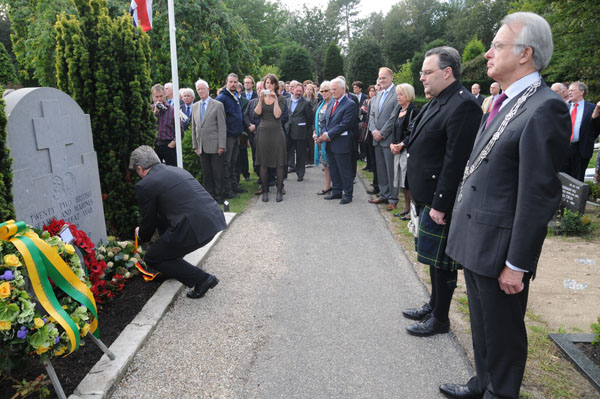 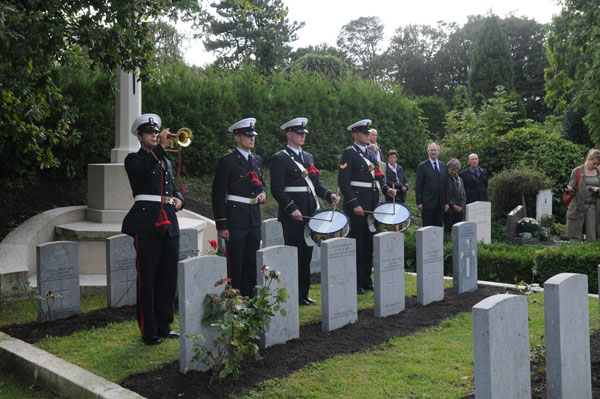