It would be a shame if this sad story sank into oblivion. Happily, in recent years the public has shown a renewed interest in the fate of the hapless cruisers of the Live Bait Squadron and their brave crews.

The cruisers’ wrecks still rest on the North Sea-floor as mass watery graves for the many hundreds who were killed in the disaster. Unfortunately, the spot where the derelicts lie recently attracted a lot of press and TV attention as “salvagers” -whose main interest was to hoist valuable metals and other materials- were busy tearing the shipwrecks apart.

Henk van der Linden is a Dutch author and an expert on the subject of the Great War. A few years ago he happened to spend some time on a Hague cemetery. There he discovered a small British War Graves monument dedicated to a number of British naval men who all died on the same day in 1914, 22 September. Intrigued, Henk decided to go and investigate the backgrounds of what he suspected to be a little known but vast tragedy.  Eventually he published his findings in a book, which appeared in Great Britain in September 2012 under the title “The Live Bait Squadron”, Three Mass Graves off the Dutch Coast.

The presentation of the English edition of his book took place 22 September 2012 in St George’s Centre in Chatham, after the Turning the Page Ceremony in Rochester Cathedral. The following day the book was presented at the Britannia Royal Naval College Dartmouth. The preparations and the events surrounding the commemoration of the victims attracted a lot of attention from many different parties, like the descendants of both victims and survivors as well as rescuers, and from historians, civic and naval officials at both sides of the North Sea, journalists and publicists, and divers.

‘The Turning the Page’ Service at Rochester Cathedral 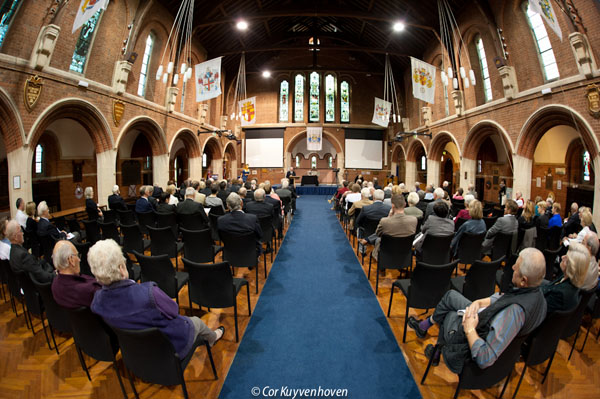 Prof Dr Eric Grove about ‘The consequences of what happened’ 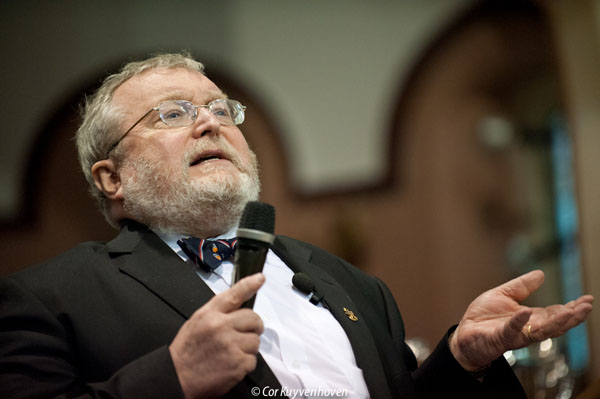 Mr Peter Dawson about ‘The background from local view’