He was married to Bartholomea (Bets) Coorengel. They had two children Roelof and Bets.

Captain Voorham was killed on October 22, 1916 at the age of only 35 when his ship hit a mine on the North Sea near Beachy Head. His ship’s name was SS Fortuna. Indeed, what’s in a name! 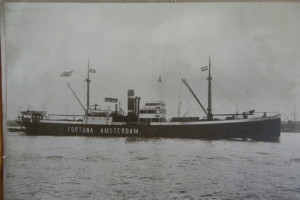